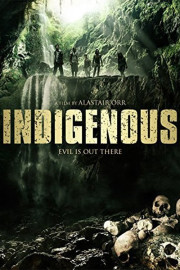 A group of five American friends on the cusp of adulthood travel to Panama to relax and reconnect. They befriend a local woman in their hotel bar—and despite some ominous whispers—she goes against the specific instructions of her brother and brings the Americans on a daytrip into the pristine falls at the nearby jungle. What begins as an innocent outing to a picturesque waterfall quickly turns terrifying after she suddenly goes missing. As night closes in, the friends realize too late the truth behind the rumors—the legendary, blood-sucking Chupacabra is now stalking them.